Law firms have always relied on professional competency to attract and retain clients.

Word of mouth, referrals and recommendations have historically been the principal sources of new business.

In order to drive these ‘advocacy’ behaviours, legal service levels have to go beyond client satisfaction.

What is Net Promoter Score?

The Net Promoter Score (NPS) is a simple but powerful tool to measure client advocacy with one single question.

Devised by Fred Reichheld of Bain & Company in 2003, NPS is a customer loyalty metric to determine a clear and easily interpretable client satisfaction score which can be compared over time.

In the context of legal services, NPS assesses the extent to which a firm’s client would recommend the firm or service to his friends, relatives or colleagues.

Specifically, the client is asked:

“….How likely is it that you would recommend our firm to a friend or colleague?…”

It’s a useful tool for law firms because purchasers of legal services tend to ask friends or colleagues for advice and recommendations as part of the purchasing process.

In answering the question, clients are able to respond on a 0 (not at all likely) to 10 (extremely likely) point rating scale and are categorised as follows:

Promoters (scores 9 – 10) – loyal enthusiasts who will keep using your services and refer others.

Passives (scores 7 – 8) – satisfied by unenthusiastic clients who are vulnerable to competitive offerings.

Detractors (score 0 – 6) – unhappy clients who can damage your brand and impede growth through negative word of mouth.

The NPS is then calculated as the difference between the percentage of promoters and detractors as an absolute number.

For example if your firm has 30% promoters, 50% passives and 20% detractors, the NPS is +10. A positive NPS is considered good.

To understand the motives of your firm’s promoters and detractors it is recommended to accompany the NPS question with one or more questions that probe the underlying reasons behind the given score. This allows your firm to take the appropriate strategies or service adjustments to increase the future NPS, either by increasing the percentage of promoters, or by reducing the proportion of passives and detractors.

As a simple tool, NPS surveys require few questions, relieving the potential ‘burden’ on the client in answering questionnaires. The survey is also easily conducted by phone, e-mail or online – whichever generates the best response rates.

The key ‘likelihood to recommend’ question is scored on a simple zero-to-ten scale and there are no complex indices or correlation coefficients. The NPS is a single number that can be tracked from week to week and month to month, just like net profit. As with net profit, of course, a company’s NPS can be broken down however you wish – by business line, by store, by product, even by individual customer-service rep.

But NPS is not without its weaknesses. Clients can claim that they will recommend a law firm but it is not proven they will actually do so in practice.

Also, the recommendation of one client is not always as valuable as that of another.

Another limitation is that it only takes into consideration of clients when in fact a lot of non-clients can also act as detractors and generate bad word of mouth.

However, some argue that NPS is problematic because there are many ways to arrive at the same number – a score of NPS 20 can be achieved in a number of ways.

One could argue that the firm’s service line with 20% promoters and 0% detractors is very different than the one with a polarised client base with 60% promoters versus 40% detractors – even though their NPS is seemingly the same.

I will always suggest to law firms as part of client research projects that they include the NPS question in their external client research programmes and begin to track over time the variances in client responses. There is no reason not to include it as long as the entire research process is not ‘just about’ NPS.

Firms must realise that a high NPS is not the goal – it is merely one statistic which helps a firm decide what to focus on to help improve client service. 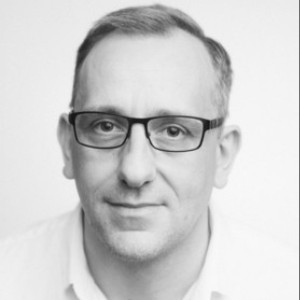 Graham Laing is a Chartered Marketer and Fellow of the Chartered Institute of Marketing. Graham specialises in helping professional service firms generate new business and nurture existing clients through effective strategic marketing. His passion for marketing and client acquisition has developed into a 20-year career, working for some of the leading professional service firms in the UK.